Video: The basics of reproducibility 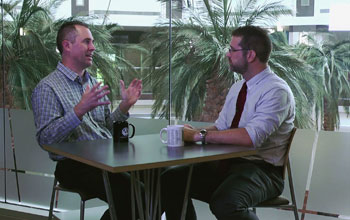 The president of the Center for Open Science discusses his work

The scientific community is constantly working to improve the robustness and reliability of published research. Brain Nosek, president and director of the Center for Open Science, has dedicated his career to asking–and answering–questions about the means through which that can be accomplished.

One of Nosek’s specialties is exploring the possibilities of reproducibility and replicability, issues that deal with whether findings from research can be independently verified.

According to Nosek, reproducibility generally refers to whether one group of scientists can repeat the analysis cited in another group’s piece of published research–using the data and findings generated in the original study–and arrive at the same result as the author. Replicability generally refers to scientists independently repeating previous studies by other scientists, under the same conditions, and seeing if they achieve the same results.

Nosek, who is a psychology professor at the University of Virginia, explained those concepts in detail during an interview at the National Science Foundation, and talked about potential means for creating incentives within the scientific community to stimulate more replication–and expansion–of research.