The sounds of interactivity 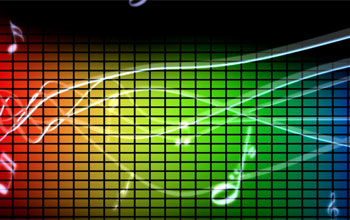 Jonathan Susman, a musician and software developer based in Chattanooga, Tennessee, wanted a tool he could use to virtually practice with his band.

Adagio, the application he created, ended up being something more.

The cloud-based audio mixing application was originally designed for musicians like him, but when he met with representatives of the Mozilla Foundation, they encouraged him to consider the educational potential of the tool.

“We realized that education was way more important and more relevant,” Susman recalled. So we thought, ‘What if we could build a progressive learning curriculum around the technology itself?'”

The prototype, which Susman completed last August, was supported in part through a grant from the Gigabit Community Fund, a partnership between the National Science Foundation (NSF) and Mozilla that seeds the development of apps that are capable of using the ultra-high-speed networking testbeds developed by NSF.

The Gigabit Community Fund connects app developers with local anchor institutions, such as schools and libraries, in partner cities across the country–including Chattanooga, Kansas City and many others, and provides seed funding for tools that advance core areas like education, energy and transportation. It extends the work of the US Ignite program, an administration initiative that seeks to promote U.S. leadership in the development and deployment of next-generation gigabit applications with the potential for significant societal impact, and is part of a broader effort across the government to spark the development of smart communities.

Adagio lets a student break a musical composition into its distinct instrumental parts, record herself on a mobile phone or computer, and upload her audio recording to the cloud using Adagio’s interface.

“All of the sudden she’s playing alongside those musicians and her teacher can go back and listen to that in real time and leave annotations on the file itself,” Susman explained.

“It’s basically like having a sound recording studio, but living in the cloud.”

Adagio hopes to harness one of the fastest and most powerful computer networks in the world–the Global Environment for Network Innovations or GENI–to bring collaborative performance and interactive music education to thousands of students in Chattanooga and beyond.

Working with Craig Tanis, a computer science professor at the University of Tennessee Chattanooga and the chief technology officer for Adagio, the team has been testing the app on GENI and has seen great results in its ability to stream smoothly and work seamlessly.

“We’re moving all the digital signal processing into ‘the cloud’ and leveraging fast network connections to make it feel like the heavy computations are happening locally,” Tanis said.

“Thanks to the GENI network and its connections to other leading universities and smart cities, Adagio will be able to reach a national and international audience,” said William Wallace, the executive director of US Ignite.

In the process of reworking Adagio for education, Susman and his team added new capabilities beyond its ability to record and edit distributed multi-track recordings. For instance, teachers can review and annotate student work and students can share their work with friends via Facebook, Twitter or Soundcloud.

Susman and his team are currently developing an oscilloscope function to better teach students about sound waves using music and deepen the educational experience.

“Students can look at the sound waves as they’re effected, therefore changing the frequency of the song,” he said. “It’s really engaging, but while they’re having fun, they’re actually learning why those things are happening.”

Susman demonstrated Adagio at Mozfest in London, at the Beyond Today’s Internet Summit in Washington, D.C., and at Hackathons in Chattanooga and elsewhere.

Numerous studies have shown the value of incorporating arts education into diverse aspects of education.

“STEM plus arts–anything that’s plus arts–I’m interested in,” Susman said. “I think anytime you add arts and music to education, it’s going to be beneficial to the student.”

By funding the creation and distribution of dynamic learning apps like Adagio, NSF is helping to inform the national conversation on how broadband infrastructure and app development can lead to new avenues for STEM (science, technology, engineering and mathematics) learning.

Said Erwin Gianchandani, acting deputy director for computing at NSF: “Pilot apps like Adagio seed demand for and investment in technology infrastructure and serve an immediate national imperative to increase access and engagement in STEM learning, particularly by traditionally underserved and underrepresented communities.”