Video: What can we do about false confessions? 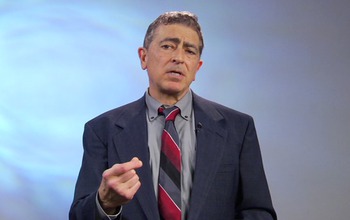 Why would an innocent person accused of a crime tell investigators he’s guilty? Saul Kassin, a psychology professor at the John Jay College of Criminal Justice, has spent decades researching that question, and says the answer resides in the incredible pressures that can mount during police interrogations.

“The stress of the situation is hard to imagine if you haven’t gone through this style of interrogation,” Kassin says.

Suspects can provide false confessions because they’re particularly vulnerable to such pressure, they simply want the experience to end, or actually come to believe they’re guilty, even in the face of evidence to the contrary.

False confessions pose a serious problem for fact-finding investigations. They can bias investigations and lead investigators to focus on the wrong suspect. And confessions have an almost insurmountable swaying power on judges and juries, Kassin says. Once they hear or view a confession, changing their minds — even with solid evidence contradicting the confession — is extremely difficult.

“What these people don’t realize is that the confession doesn’t open the case, it closes it,” Kassin says.

Thus far, recommendations from his research include a requirement for police to videorecord interrogations in their entirety, ideally with the suspects and questioners on-camera. Recording the entire process, he says, allows fact finders to see the entire process behind a confession.

Kassin’s work involves cooperation with police departments. He notes that investigators and prosecutors have a strong incentive to avoid false confessions.

“For every wrongful conviction, there is the failure to bring in the criminal, who can then roam the streets and commit additional crimes,” he says.