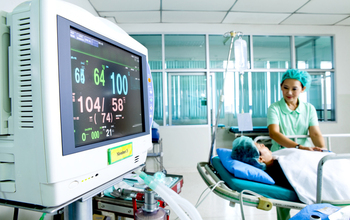 Making medical decisions for yourself or a loved one is challenging. Survival statistics, drug effectiveness rates and other numbers that convey risk factors and medical information may seem like they would ease those situations, but they can actually make them more difficult. An international team of researchers discovered that a key reason for this is “innumeracy,” or the inability to understand and apply numerical concepts.

With support from the National Science Foundation (NSF), the researchers studied how people respond to episodes of acute coronary syndrome (ACS), commonly known as heart attacks, which account for roughly 25 percent of adult deaths in the United States annually. When a heart attack strikes, immediate medical attention is crucial for preventing irreversible damage to the heart muscle. Despite knowing this, many people who experience a heart attack delay seeking medical attention, increasing their chances of serious complications, disability or death.

To understand why people delay seeking care, Edward Cokely, a University of Oklahoma researcher supported by NSF’s Social, Behavioral and Economic Sciences Directorate, partnered with Dafina Petrova and Rocio Garcia-Retamero from the University of Granada, Spain. The researchers interviewed survivors of heart attacks several days after the event, measuring potentially relevant factors, including awareness of heart attack symptoms, severity of symptoms during the event, presence of anxiety and depression prior to the event, and demographic profile.

The team also investigated patients’ ability to understand numerical concepts and how that related to their decision to delay medical help.

A study produced by the researchers showed that patients with lower numeracy were four times less likely to seek medical attention within the first hour of experiencing symptoms than patients with higher numeracy. A patient’s decision to delay seeking medical treatment, in turn, was reflected in the extent of damage to his or her heart muscle.

A second study delved more deeply into the numeracy issue. Cokely showed that estimating probability is one source of difficulty in making optimal medical decisions, particularly when probability is expressed as a fraction. For example: Suppose 100 patients receive an experimental drug during a clinical trial and 15 of them die, while 800 patients receive a traditional treatment during the trial and 80 of them die. Which is the better option?

In this example, the traditional treatment is the better option because 15 percent of patients given the experimental drug died, while 10 percent of patients receiving the traditional treatment died. Despite this, people with lower numeracy tend to favor the experimental drug, since 15 deaths are fewer than 80 — but that does not account for the overall number of people in the study, the denominator in the fraction.

In other studies, Cokely found that a well-designed visual aid can eliminate “denominator neglect” and reduce the differences in the decisions made by people with high or low numeracy. “It is striking to see how effective visual aids can be for all the people involved in complex, life-changing decisions, including physicians, patients and their families,” Cokely said.

“Understanding how we as individuals make decisions, the factors involved and tools that could improve these decisions, is core to the work we fund,” said Jon Leland, program director for the Decision, Risk and Management Sciences program at NSF. “Work that gets to the heart of why poor health decisions are made in emergency situations has the potential to save lives and reduce health care costs.”