Where’s the greatest risk of a mosquito bite in Baltimore? A surprising answer 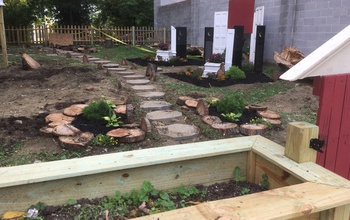 Neighborhoods with median incomes have the highest bite frequency

Where’s the greatest risk of a mosquito bite if you live in Baltimore, Maryland? Scientists studying Baltimore neighborhoods where residents have low, median or high incomes say that people are most at risk in areas with median incomes. Their results offer some intriguing reasons.

This week, ecologists report in the journal Parasites & Vectors that socioeconomic differences among Baltimore neighborhoods influence bite risk. Shannon LaDeau, a scientist at the Cary Institute of Ecosystem Studies in Millbrook, New York, and co-author of the paper, explains that “mosquitoes are a global threat to public health. We’re interested in knowing how urban landscape features and social patterns influence mosquito biting behavior.”

Understanding how neighborhoods regulate mosquito bites is key to managing diseases transmitted by mosquitoes, such as West Nile virus and Zika virus, according to LaDeau.

The study took place in five neighborhoods in southwest Baltimore. The sectors represented a socioeconomic range below, at or above the city’s median household income.

Research among the row houses

Most mosquito species are not strong fliers. The study assumed that mosquitoes stay on the block where they’re born — in the safety of the cool, moist, vegetated area where they hatched.

From May through November of 2015 and 2016, scientists collected mosquitoes at two locations on each block of five neighborhoods by using baited traps. A total of 20,551 adult female mosquitoes were captured and identified. Most (73 percent) were invasive Asian tiger mosquitoes (Aedes albopictus), but samples also included Culex (24 percent) and Aedes japonicas (2.4 percent) mosquitoes, both of which carry West Nile virus.

DNA was isolated from engorged mosquitoes to determine the sources of their last meals, which came from several mammal species, including humans, and from birds.

Invasive brown rats made up 71.7 percent of all Asian tiger blood meals and were the second most common victims in Culex samples, behind birds. Humans and cats each made up 13.3 percent of Aedes blood meals, while deer and dogs were bitten less frequently by all mosquito species.

“Nature is all around us, including in downtown Baltimore,” says Doug Levey, a director of the National Science Foundation’s (NSF) Long-Term Ecological Research (LTER) program, which funded the project through its Baltimore Ecosystem Study site. “In this case, urban landscapes provide excellent habitat for rats and mosquitoes. Understanding how they live can help protect us from diseases.”

“Mosquitoes appear to bite what is easiest,” LaDeau says. “Differences in biting behavior are less about preference than about what’s available and accessible. That’s shaped by things like the abundance of neglected containers for juvenile mosquito development, and how people choose to spend time outside.”

Heather Goodman, lead author of the paper and a researcher at the Cary Institute, notes that “in higher-income neighborhoods, people spend more time in their backyards where shade, vegetation, moisture — and mosquitoes — are abundant. In lower-income neighborhoods, people spend more time in front of their homes, where streets are paved and there is little shade or water for mosquitoes.”

Such social patterns determine what’s available for mosquitoes to bite.

“These scientists have demonstrated a strong link between social and natural systems,” says Betsy von Holle, a director of NSF’s Dynamics of Coupled Natural and Human Systems (CNH) program, which also funded the research. CNH is one of NSF’s Environmental Research and Education (ERE) programs.

Adds von Holle, “The number of rats also appears to be influenced by how people manage their neighborhoods, and rat abundance may affect the transmission of diseases to humans.” An increase in rats provides mosquitoes with more potential victims.

“Our findings suggest that median-income areas are where people are most at risk of being bitten,” says LaDeau. “There are plenty of people for mosquitoes to bite, and residents may be more likely to spend time in community gardens and shared green spaces, which makes them available to mosquitoes.”

Goodman concludes, “If there were fewer rats, would mosquitoes bite more people? Or would mosquito populations decline overall? To develop the most effective pest management strategies, these questions should be explored.”