New insights on insight in the brain 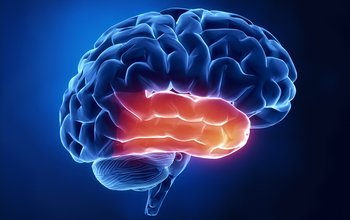 Insight is that “a-ha!” moment when we get a joke, recognize a hidden image in Where’s Waldo, or solve a problem. The Greek mathematician and scientist Archimedes is said to have jumped from his bath and run through the streets naked shouting “Eureka!” after his insight into how to measure the volume of objects by submerging them in water. Understanding insight is important because it has led to some of humanity’s most important scientific advances.

While the modern scientific study of insight has existed since the 1950s, only in the last decade have the powerful tools of cognitive neuroscience been applied to the problem. Tools such as the electroencephalogram (EEG) and functional magnetic resonance imaging (fMRI) are being used to unravel the neural mechanisms that underlie creative insights.

Studying how insight arises in the brain is a challenge, but NSF-funded cognitive neuroscientist John Kounios and his colleague Mark Beeman developed a task that allows them to study insight in the laboratory. Volunteers were asked to solve dozens of word puzzles while their brains were scanned with EEG or fMRI. One puzzle was an anagram, which requires the formation of a new word from a set of letters (LISTEN = SILENT is an anagram). Subjects pressed a button the moment they became aware of the solution to the anagram and reported whether the solution came in a flash of insight or through a more deliberate strategy. For puzzles that were solved with insight, the researchers observed a unique pattern of neural activity.

“There was a burst of high frequency oscillations over the right superior temporal gyrus of the brain,” Kounios said.

In addition to this finding, the burst of high frequency activity was preceded by something quite unexpected. About one and a half seconds before the subject pressed the button, the EEG in the right visual cortex began to oscillate at a very low frequency, which is believed to reflect a suppression of neural processing.

Why would activity in the visual cortex be suppressed before a flash of insight? Kounios suggests it could reflect a reduction of visual inputs, perhaps facilitating creativity. The same effect on the EEG can be achieved simply by closing one’s eyes, which people often do during intense mental effort.

In contrast, Kounios believes the high frequency oscillation in the right superior temporal gyrus is the neural calling card of insight.

“The burst of high frequency activity began just before the button press and it occurred in the same region identified in other studies as being involved in conceptual integration,” he said. “High frequency oscillations may be the way activity in different brain regions is synchronized, forming a single image or perception.”

Many have wondered whether the ability to solve problems with insight can be enhanced. While Kounios reports that he and his team have used subjects’ own EEG patterns as feedback to help them know when their brains are in a state of readiness for insight, this approach is impractical for everyday use. Instead, Kounios recommends positive emotions.

Another exciting preliminary finding from his lab is the extent of variation from person to person in the tendency to use insight-based problem-solving. Kounios and his team are now trying to pin down the underlying neural basis of individual differences, identifying specific neurotransmitter systems that may influence insight-based problem-solving, and determining whether drugs that target the brain could improve insight. To do this, they are using genetics, brain scanning, and methods based in cognitive psychology.

Kounios said that business people are interested in using his research to improve the creativity of their workers and their bottom line. Kunios and Beeman’s book “The Eureka Factor” was listed in Business Insider magazine in 2015 as one of the “books that will make you smarter about business.”

Kounios emphasized that other countries are investing in research on insight and creativity.

“We see the Chinese investing heavily in basic research about insight because they see its cultivation as a way of accelerating solutions to age-old social problems and promoting entrepreneurship,” he said.

However, although insights seem to emerge instantly, there is no quick fix or trick to creativity. Creative insights do not spring into existence out of nothing — new connections between concepts can occur only when there is a rich knowledge base to start from.

“You have to do the homework in whatever field you hope to be innovative in,” Kounios said.