How rumors spread on social media during weather disasters 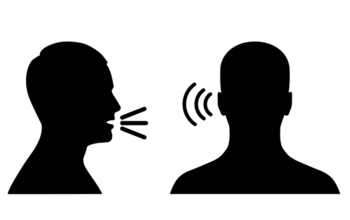 New research shows that social media can spread information quickly, but its accuracy cannot be assumed

After hurricanes Harvey and Irma, the National Science Foundation (NSF) funded research to investigate the broad impacts of these disasters. A year later, some of the researchers funded by awards from the agency’s Social, Behavioral, and Economic Sciences Directorate are reporting results produced to date. This is the second article in the series. Jun Zhuang, an associate professor of industrial and systems engineering at the University at Buffalo, used a combination of social networking, content analysis and surveys to understand the role of social media in communicating during disaster preparedness and response.

When disasters strike, people increasingly rely on social media to learn about the appropriate response and to inform their decisions. The downside is that rumors can spread rapidly across social media platforms. Some of these rumors can have serious detrimental outcomes for public safety. For example, after both hurricanes Harvey and Irma, false information was spread over social media that immigration status would be checked at evacuation shelters. Rumors like this could affect evacuation decision-making and put both local residents and emergency responders at greater risk.

Our research has shown that the general public is not very good at differentiating truth from rumor related to disasters. The public tends to spread rumors and is unlikely to correct false information, even after it has been debunked. On the bright side, our research also shows that the Federal Emergency Management Agency and other official governmental accounts have the power to stop rumors, especially when these agencies act quickly.

There are two important messages from our work as we look toward future disasters. The lesson for members of the public is that, while social media is a valuable way to find information quickly, it is important not to assume that the information is true. Rely on official emergency response accounts to inform decisions and to decide whether to spread information further. For emergency response managers, our research highlights the importance of responding to and verifying or debunking messages on social media. While resources are always limited in disaster response, focusing on quickly rectifying and clarifying information related to evacuation and safety can have a significant impact.

#1760586 RAPID: Identification of Key Dynamics for Rumor Spread and Control during Hurricanes Harvey and Irma