Flooding by design: planning, development, and the aftermath of Hurricane Harvey in Houston 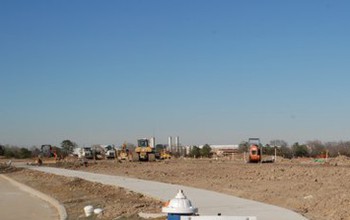 After hurricanes Harvey and Irma, the National Science Foundation (NSF) funded research to investigate the broad impacts of these disasters. A year later, some of the researchers funded by awards from the agency’s Social, Behavioral, and Economic Sciences Directorate are reporting results produced to date. This is the third article in the series. Roberto Everardo Barrios, an associate professor of sociocultural anthropology at Southern Illinois University, has investigated perceptions about the causes and consequences of Hurricane Harvey.

Hurricane Harvey was one of the most damaging storm systems ever to impact the U.S. Gulf Coast. This was due largely to flooding that occurred after the largest rainfall event in U.S. history. Using ethnographic methods, we interviewed city officials and community leaders in the weeks and months following the disaster to understand how and why this storm did so much damage in Houston and Harris County in particular.

What we found is that, while record rainfall and failed infrastructure may have been the immediate cause, the deeper cause of the extensive human and economic damage had sociopolitical roots. Despite the existence of construction codes that are meant to regulate development to protect the city and its residents in the case of 100- or 500-year floods, many exceptions have been made that have led to the creation of a city that floods by design.

The perception among city officials and community leaders alike is that this situation is due to many institutionalized relationships between the real estate development sector, city government and the Harris County Flood Control Commission. These developments have altered watersheds and the landscape in ways that make both new and existing developments more likely to flood.

The risks of these developments are passed on to Houstonians, who are often not properly informed about the flood dangers, a situation that has created an environment of uncertainty and anxiety among our study respondents. From our interviews, we heard that flood mitigation in Houston is as much or more a sociopolitical problem than it is an infrastructural one.

#1760598 RAPID: Changing perceptions of causes and consequences in the immediate aftermath of a disaster