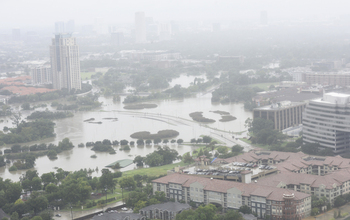 After hurricanes Harvey and Irma, the National Science Foundation (NSF) funded research to investigate the broad impacts of these disasters. A year later, some of the researchers funded by awards from the agency’s Social, Behavioral, and Economic Sciences Directorate are reporting results produced to date. This is the fourth article in the series. Ali Mostafavi, an assistant professor of engineering at Texas A&M University, studies the role of planning processes across sectors to understand why and how Houston experienced infrastructure failures after Hurricane Harvey.

We wanted to understand why Hurricane Harvey caused such tremendous infrastructure failures and disruptions in the city of Houston and Harris County. We used a combination of surveys, field visits and network analysis to assess the relationships and interdependencies between key stakeholders and decision-makers, existing infrastructure and resilience plans, and the physical infrastructure itself. We looked at the structure and properties of flood control and road infrastructure networks and specific points of failure and then tried to understand the causes of vulnerability and failures.

There are four main takeaways from this analysis so far:

We are incorporating these takeaways and more into two tools we are building for policymakers and engineers so that they can improve their planning processes. The first is a computational model of infrastructure that will allow new developments and infrastructure retrofits to be assessed for enhanced resilience. The second is a scorecard that will allow the evaluation of how well integrated community plans are for all hazards, flood control and mitigation; emergency response; etc. to achieve local and regional resilience to flooding and other disasters.

The project as a whole is doing more than collecting data to be put in a model. It is actually fostering community engagement and communications across sectors. We aren’t just saying, “You all should collaborate more for resilience planning.” We are building the actionable science, tools and networks needed to implement this collaboration.