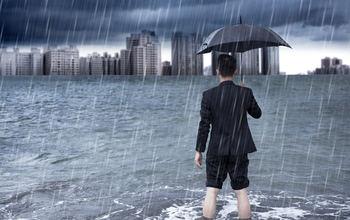 After hurricanes Harvey and Irma, the National Science Foundation (NSF) funded research to investigate the broad impacts of these disasters. A year later, some of the researchers funded by awards from the agency’s Social, Behavioral, and Economic Sciences Directorate are reporting results produced to date. This is the sixth article in the series. Roxane Cohen Silver, professor of psychological science, medicine, and public health at the University of California, Irvine studies the details of why people chose to evacuate or stay put as Hurricane Irma approached.

We surveyed more than 1,600 Floridians in the 60 hours before Hurricane Irma made landfall in Florida, and again four to six weeks later. Having a sample that were surveyed both before an impending disaster and after its occurrence allowed us to answer important questions about who evacuates ahead of a hurricane, who doesn’t, and why.

Our initial analyses suggest that individual risk perception is the strongest predictor of who will evacuate before and during a hurricane. But it appears that some individuals’ self-reports of their evacuation risk did not agree with what emergency response agencies decided were the highest risk areas. That is, preliminary analysis of perceived and actual evacuation orders suggests misinformation or misunderstanding by respondents in our sample.

Based on preliminary analysis of post-hurricane responses, almost 50 percent of those who evacuated did not live in areas that received mandatory evacuation orders. In addition, fewer than one-third of individuals who were in a mandatory evacuation zone appeared to have evaluated this information accurately. Our analysis suggests that individuals’ perceptions were based on the amount of media they consumed before the hurricane, past experiences of loss from a hurricane, and other personal factors not tied to the recommendations of emergency response agencies.

In emergencies, targeted evacuations save lives. When people in evacuation zones stay put, they may place themselves and responders in danger. When people outside evacuation zones evacuate, there is a cost economically, and they may make evacuations more difficult for those in zones with the highest risk. Evacuation efforts and decision-making can be facilitated by coordinated risk communications from trusted sources (such as The National Weather Service, other government officials and broadcast meteorologists) who work together to ensure that appropriate messages are communicated, heard, and acted upon.

Our data illustrate how pre-hurricane factors predict post-hurricane responses and demonstrate how vulnerable populations of individuals who are at risk for exposure to future hurricanes are coping with these recurrent stressors.

#1760764 RAPID: Responding to the Risk of Hurricanes Harvey and Irma: Choices and Adjustment Over Time