Intimate-partner domestic violence in the US: costs, consequences, causes and possible solutions 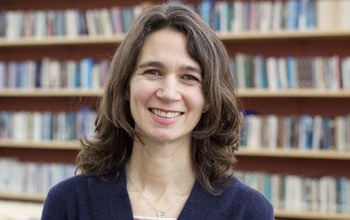 Statistics on domestic violence show the wide scope of the problem.

The U.S. Department of Justice estimates that U.S. residents 12 years of age or older were victims of domestic violence in more than 1.1 million cases in 2016. The U.S. Centers for Disease Control and Prevention (CDC) estimate that more than one in three women in the U.S. have been victims of rape, physical violence or stalking by an intimate partner. Intimate-partner violence was involved in more than half of female homicides for which circumstances could be determined.

In addition to the physical and psychological costs to victims, the economic costs of intimate-partner violence — in lost earnings, lost productivity and health care costs — are substantial, estimated by the CDC in 2003 to reach nearly $6 billion per year. Anna Aizer, professor of economics at Brown University, suggests that the cost could be substantially higher than previous studies have indicated. Her research, which has been supported by the National Science Foundation, explores economic variables related to the problem and points toward potential solutions.

Scientists who study domestic violence have difficulty accessing reliable data on the topic. Women often don’t want to share details, either because of stigma or because of concerns about safety. It is also difficult to obtain data from shelters and other service providers because of their desire to protect the women they serve.

However, Aizer has been able to collect medical data from California hospitals. One of her findings is that domestic violence often begins or becomes significantly worse during pregnancy.

“If a pregnant woman is assaulted, it is almost always at the hands of an intimate partner,” she explains.

Because California hospitals link birth records to the past medical records of the mother, Aizer can look back at a mother’s medical history over the course of her pregnancy, including hospital admissions due to assault, and can connect these data with pregnancy outcomes and other variables.

The effects of intimate-partner violence on unborn children

The dataset Aizer uses includes the birth records of women who suffered assault and those who did not. This allowed Aizer to compare the pregnancy outcome of every mother who was assaulted during her pregnancy with that of women who have no record of assault but otherwise seem to have similar characteristics. Domestic violence and birth outcomes are both linked to a number of variables such as socio-economic status, educational attainment, demographic variables and marital status.

By matching women on all of these variables, Aizer is able to tease apart which negative outcomes are correlated explicitly to the violence the mother experienced during pregnancy. She has found that mothers who suffered assault during pregnancy were more likely to give birth prematurely, and their babies had birthweights about 200 grams lower.

“Much research has shown that prematurity and lower birthweights on this level are associated with all sorts of long-term issues including behavioral problems, lower educational attainment and learning disabilities. This suggests that the costs of domestic violence go far beyond the medical care and lost wages of the mother. They have impacts on her children and far into the future,” Aizer said.

Aizer uses the same dataset, which includes local labor market conditions, to investigate how labor market conditions may relate to domestic violence. This research shows that in counties where women have more economic bargaining power in general, where they are more often employed and at higher wages compared to other counties, there are fewer emergency room admissions for assault among pregnant women.

“This fits with the idea of an economic model of household bargaining. If a woman has more opportunity outside the home, if there is a viable alternative for her to leave, we see a decrease in domestic violence,” explained Aizer. “Improved economic status for women is protective against domestic violence. The very large costs of domestic violence to women, their children and society as a whole should be taken into account when we think about policies related to labor market discrimination and families.”