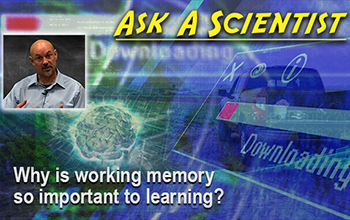 Kindergarten children who exhibit poor executive functions are at elevated risk for repeated academic difficulties across elementary school, including in mathematics and science, according to a new longitudinal study of 11,000 students attending U.S. elementary schools.

Executive functions are a set of cognitive processes that manage and regulate our goal-directed behavior. They are like the mind’s “air traffic control system,” helping people plan, shift their attention and organize across multiple tasks. Specific types of executive functions include working memory (manipulating information in our short-term memory), cognitive flexibility (quickly switching from one task to another) and inhibitory control (controlling our initial impulses).

Findings from a new study led by Penn State professor of education and demography Paul L. Morgan found that kindergarten children with deficits in executive functions are at elevated risk for academic difficulties. The study, supported by the Nationals Science Foundation’s Education and Human Resources Directorate, appears in the peer-reviewed journal Early Childhood Research Quarterly.

Morgan said the risks predicted by deficits in executive functions are not explained by children’s prior academic achievement, oral language or socio-demographic characteristics.

“This suggests that deficits in executive functions by kindergarten may be a potentially important target for interventions, including those designed to address science, engineering, technology and mathematics difficulties early on during children’s schooling when such interventions may be especially effective,” he said.