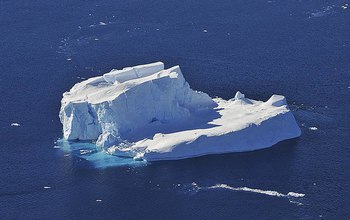 The West Antarctic Ice Sheet in the Amundsen Sea off Antarctica could play a pivotal role in future sea level rise, but many questions remain unanswered, scientists say.

Now, researchers taking part in an international ocean drilling expedition funded by the National Science Foundation (NSF) and international partners are on Antarctica’s remote Amundsen Sea looking for clues through an analysis of the ice sheet’s history.

Led by researchers at the University of Houston and the Alfred Wegener Institute for Polar and Marine Research, International Ocean Discovery Program (IODP) Expedition 379 left Punta Arenas, Chile, on Jan. 23 for a two-month trip to Antarctica on the scientific drillship JOIDES Resolution. The ship has now arrived at the Amundsen Sea.

Julia Wellner, a sedimentologist at the University of Houston and co-chief scientist on the voyage, said this is the first time the JOIDES Resolution has been to the Amundsen Sea. Karsten Gohl of the Wegener Institute in Bremerhaven, Germany, is the other co-chief scientist.

In all, some 30 researchers are making the trip to one of the most isolated places on Earth. The scientists represent 25 universities in the United States, Europe, Japan, China, Korea, India and New Zealand.

“The West Antarctic Ice Sheet is extremely sensitive to changes in climate,” said James Allan, a program officer in NSF’s Division of Ocean Sciences. “It has the potential to disintegrate, raising global sea level by 11 to 14 feet or more. This expedition is studying the history of the ice sheet over millions of years to document the past interplay between seawater and air temperature and how that led to ice gain or loss.”

Wellner said that marine-based ice in West Antarctica is critical to understanding how a warming planet will affect sea level rise because this ice is less stable than ice on land. As seawater warms, ocean ice melts from below. To date, the West Antarctic Ice Sheet has sustained the most ice loss in Antarctica.

Wellner and other geologists will collect and study sediment cores that allow scientists to determine how ice sheets behaved in the past. Expedition researchers will then reconstruct the history of the ice sheet over tens of millions of years.

The scientists will drill deep into the seafloor, retrieving cores that are hundreds of feet long and contain a record of environmental change. Geologists will study these cores to determine how the various sediment layers were deposited, and when the layers formed.

Most importantly, said Allan, “this expedition will offer insights into the possible future behavior of the West Antarctic Ice Sheet.”