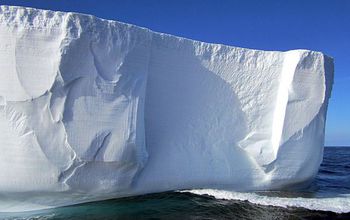 The 5.4 million-square-mile Antarctic Ice Sheet is the greatest mass of fresh water on Earth. If it all were to melt, it would raise global sea levels some 220 feet. Searching for answers to how fast the ice might react to changes in climate, scientists are now studying how that ice reacted to past warm periods similar to today’s.

More than two dozen researchers aboard the drillship JOIDES Resolution left Punta Arenas, Chile, on March 20. They will obtain cores of sediment from a remote section of seafloor, where ancient icebergs are believed to have left clues.

With information from these cores, the researchers hope to chart how the ice sheet waxed and waned in response to climate over the past 10 million years.

The two-month cruise is Expedition 382: Iceberg Alley and Subantarctic Ice and Ocean Dynamics of the International Ocean Discovery Program (IODP), a collaboration of scientists that coordinates large-scale ocean expeditions to study the Earth’s history as it is recorded in sediments beneath the ocean floor.

On IODP Expedition 382, scientists plan to drill cores from the floor of the Scotia Sea off the Antarctic Peninsula.

As snow falls on Antarctica, it slowly builds up and turns into ice in the continent’s interior. The ice then becomes glaciers, which move outward toward the coast. The ice carries sediment with it. When the ice reaches the ocean, icebergs break off, ferrying their load of debris to the sea.

Antarctica is ringed by a powerful counterclockwise current. Many icebergs float in this current around the continent until they get close to the Antarctic Peninsula, a long arm that extends toward Chile.

In the Scotia Sea between Chile and Antarctica, the icebergs are pushed northward and begin to melt. Researchers call this area “Iceberg Alley.”

As the bergs melt, they drop sediment on the seafloor; this debris builds up in layers over millions of years.

Sediment from different parts of Antarctica carries different chemical signatures. Scientists can therefore determine where it came from. Researchers can also tell when the debris was dropped.

“This expedition will improve our understanding of the history of Antarctic ice sheets and their surrounding oceans over the past 10 million years,” said Jamie Allan of the National Science Foundation’s Division of Ocean Sciences, which funds IODP. “It will also increase our knowledge of how icebergs formed and moved during that time.”

Co-chief scientist Maureen Raymo of Columbia University’s Lamont-Doherty Earth Observatory said she is especially interested in two periods that may be comparable to modern times.

The first is the late Pliocene, some 3 million years ago, a period of high sea levels when carbon dioxide was about 400 parts-per-million — about what it is today — and temperatures were close to those expected by the end of the 21st century.

The second is a warm snap that occurred between periods of glaciation 120,000 years ago, when sea levels suddenly surged 15 to 30 feet.

“For sea levels to get that high, a lot of ice had to melt,” said Raymo. “But nobody knows where the ice came from. Was it Greenland? West Antarctica? East Antarctica? If we’re going to understand what we may be facing, it’s important to know where that long-ago ice came from, and when.”

The scientists plan to drill into sediments that lie as deep as 2.5 miles.

Co-leading the cruise is Michael Weber of the University of Bonn, who studies the end of the last ice age and its Antarctic ice. Other scientists on the expedition are from Australia, the United Kingdom, China, Brazil, Spain, Switzerland, the Netherlands, Japan, South Korea and India.