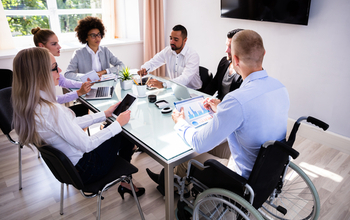 “As the science and engineering community strives to broaden participation in education and careers, we need an accurate picture of where we are,” said National Science Foundation (NSF) Director France Córdova. “The Women, Minorities, and Persons with Disabilities report is a valuable resource in providing that picture.”

NCSES, a statistical agency within NSF, produces the report every two years. WMPD focuses on women, persons with disabilities and minorities from three racial and ethnic groups — black or African American, Hispanic or Latino, and American Indian or Alaska Native. With few exceptions, these groups are underrepresented in S&E fields and occupations, meaning that their representation is smaller in S&E than in the U.S. population.

This year’s report indicates that, while these groups have generally increased their representation in S&E, they continue to be underrepresented in most fields.

“WMPD is more than just a single report or presentation,” said NCSES Director Emilda Rivers. “It is a vast, unique resource enabling ready access to data that facilitate and support exploration and analysis.”

Some findings from the report:

NCSES maintains expansive WMPD data tables that present the latest S&E education and workforce data available from NCSES and other agencies. The tables provide detailed, field-by-field information that includes both percentages and numbers of people involved in S&E.

Congress mandated the biennial report in the Science and Engineering Equal Opportunities Act of 1980 as part of NSF’s mission to encourage and strengthen the participation of underrepresented groups in S&E.

NSF maintains a portfolio of programs aimed at broadening participation in S&E, including: