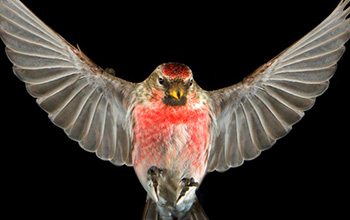 Evolution is driven by dependence on other species in ecological communities

Researchers at the University of Arizona (UA) and other institutions have discovered a new twist on the idea that evolution is driven by species interactions in a community. The results are published in the journal Nature Communications. NSF provided support for the researchers as they worked to create a more complete picture of how species interactions change over time.

All living things exist in communities, where they depend on resources or services provided by other species. As community members change, so do the products individual species depend on and share. The late George Gaylord Simpson, a geoscientist at UA and an influential evolutionary thinker of the last century, proposed that these fluctuating dependencies should determine the speed of evolution.

Because species interactions are both ubiquitous and ephemeral, according to lead researcher Alexander Badyaev, the theory has been notoriously difficult to test. But he and his team have found an answer: by examining the evolution of the biochemical pathways that produce color diversity in birds.

Badyaev and co-authors showed that the way biochemical processes are structured in birds holds the key to understanding how species gain and lose their reliance on others in their communities. And, consequently, how quickly species can diversify and evolve.

The researchers studied the evolution of the pathways by which birds convert dietary carotenoids into molecules necessary for everything from vision to the immune system to feather pigmentation.

The team tested thousands of carotenoid biochemical pathways in some 300 bird species. Then they explored how the pathways had changed over the last 50 million years.