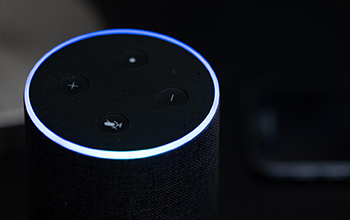 People experiencing cardiac arrest suddenly become unresponsive and stop breathing or begin gasping for air, a sign known as agonal breathing. Immediate CPR can double or triple someone’s chance of survival, but that requires a bystander to be present.

Cardiac arrests often occur outside of a hospital. Recent research suggests that one of the most common locations for an out-of-hospital cardiac arrest is in a patient’s bedroom, where no one is likely around or awake to respond and provide care.

NSF-supported researchers at the University of Washington have developed a new tool to monitor people for cardiac arrest while they’re asleep. A smart speaker — like Google Home or Amazon Alexa — or a smartphone lets the device detect the gasping sound of agonal breathing and call for help.

On average, the proof-of-concept tool, which was developed using real agonal breathing instances captured from 911 calls, detected agonal breathing events 97% of the time from up to 20 feet away. The findings are published in npj Digital Medicine.

“A lot of people have smart speakers in their homes, and these devices have amazing capabilities that we can take advantage of,” said co-corresponding author Shyam Gollakota of UW’s Paul G. Allen School of Computer Science & Engineering. “We envision a contactless system that works by continuously and passively monitoring the bedroom for an agonal breathing event, and alerts anyone nearby to provide CPR. Then if there’s no response, the device can automatically call 911.”

The research is funded by NSF’s Division of Computer and Network Systems.