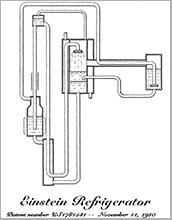 By computing links between government grants and tens of millions of U.S. patents and scientific papers from 1926 to 2017, researchers have demonstrated that almost a third of patents in the U.S. rely on federal research. Although this may be a conservative estimate, this number has increased steadily over the past 90 years.

The results are published in the journal Science.

“Technological progress is seen as a process through which inventions build on one another,” says Hillary Greene of the UConn School of Law. “In this study we examine the importance of government-supported research as contributing to subsequent inventions.”

The study, the first of its kind, offers a holistic view of the effect of federal funding on innovation. Where previous studies established impacts in particular fields, the current work provides a historic and quantitative analysis of all U.S. patents over a lengthy period of time.