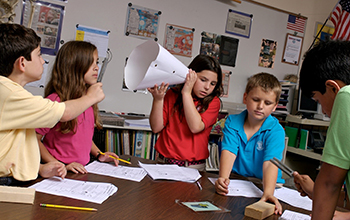 State policies requiring children to attend additional years of school may result in a reduced risk of heart disease and improvements in cardiovascular risk factors in adulthood, according to a study by NSF-funded researchers at UC San Francisco and Stanford University.

The researchers conducted a natural experiment by evaluating state compulsory schooling laws, which legislate the number of years children must attend school.

From two large, national surveys conducted from 1971 to 2012, they identified more than 75,000 people born from 1900 to 1950, when states required children to attend school between 0 and 12 years. They then used U.S. Census data on a group of matching individuals to predict the number of years of required schooling for each individual, based on their year and state of birth.

Overall, about a third of the study participants did not graduate from high school. While 34.5 percent reported heart disease, each year of additional compulsory schooling through high school was associated with a 2.5 percent reduction in the occurrence of heart disease. The researchers noted improvements in several cardiovascular risk factors with each additional year, including reductions of more than 3 percent in smoking and nearly 5 percent in depression.

The study, published in PLOS Medicine, provides some of the first evidence of the effects of education policies on heart disease in the United States.

The research is supported in part by NSF’s Division of Research on Learning.