Where to fish? In times of uncertainty, experienced fishing boat captains may fare better 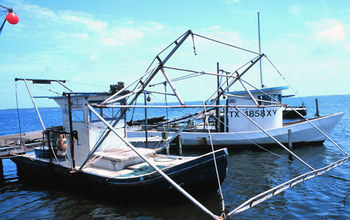 Study of 540,000 fishing vessel records shows exploration is beneficial in face of uncertainty

When making choices, people tend to go with what they know, or try something new. We make these trade-offs every day. Does one strategy have an advantage over another? Scientists decided to research this question by looking at fishing boat captains, who face this choice again and again when deciding where to fish.

To find out which strategy leads to greater success, scientists at the University of California, Davis, and their colleagues looked at 540,000 fishing vessel position records from nearly 2,500 commercial fishing trips in the U.S. Gulf of Mexico, along with their revenues. The results are published in the journal Nature Communications.

“It looks like exploration pays off in the face of uncertainty,” said co-lead author Shay O’Farrell of UC Davis. “This is particularly important in the context of global environmental change, when disturbances such as storms and droughts are predicted to increase.”

The study found that some vessels consistently explore new territory and invest more time and resources into sampling new places to fish. In times of stability, exploratory vessels performed no better or worse on average than vessels that stuck with consistency.

“In relatively stable environments, we would expect that any gains from switching behaviors would usually go away, otherwise vessels would be changing how they fish,” co-author James Sanchirico of UC Davis said.

When boats were suddenly forced to fish elsewhere during a 2009 closure of popular fishing grounds in the Gulf, those with a history of exploration experienced significantly fewer impacts from the disruption. That may be because boat captains could draw on their experience to select new fishing grounds.

“This study illustrates how complex human behavior during times of stability can influence fishing pressure in times of change,” says Mike Sieracki, a program director in NSF’s Division of Ocean Sciences, which funded the research.