Reverse-engineering the fireworks of life 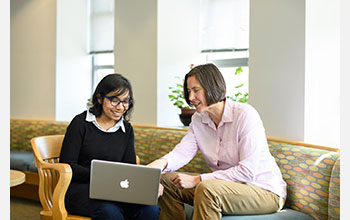 Imagine standing in a lumberyard and being asked to build a house — without blueprints or instructions of any kind. The materials are all in front of you, but that doesn’t mean you have the first idea how to get from point A to point B.

That was the situation facing Princeton University biologists who are building microtubules, the skeletons of cells, from scratch.

Microtubules are the bricks and mortar of a cell, used to build cell walls and the spindles of mitosis and meiosis — without them, even single-celled organisms couldn’t reproduce.

Molecular biologist Sabine Petry and other researchers have dazzled the biological world with videos of what they call “the fireworks of life,” which show the branching and growth of these microscopic structures.

Traveling the path back to the source was another challenge. “From making fireworks to getting to the recipe of how fireworks are made?” asked Petry. “We had imagined and brainstormed about it for five years.” In that time, the Princeton team painstakingly determined the fireworks’ components, one protein at a time, and graduate student Akanksha Thawani came up with a model for the sequence.

The results appear in the journal eLife.

For a decade, researchers have known that the branching, caused as microtubules grow from each other, was key to assembling spindles and making connections between the cell components. But until now, no one knew exactly how microtubules branched off each other.

“The missing piece has been this microtubule branching — that microtubules don’t grow just linearly, but actually branch, and they can branch again and again, creating those fireworks,” Petry said.

The research is funded by NSF’s Division of Physics.