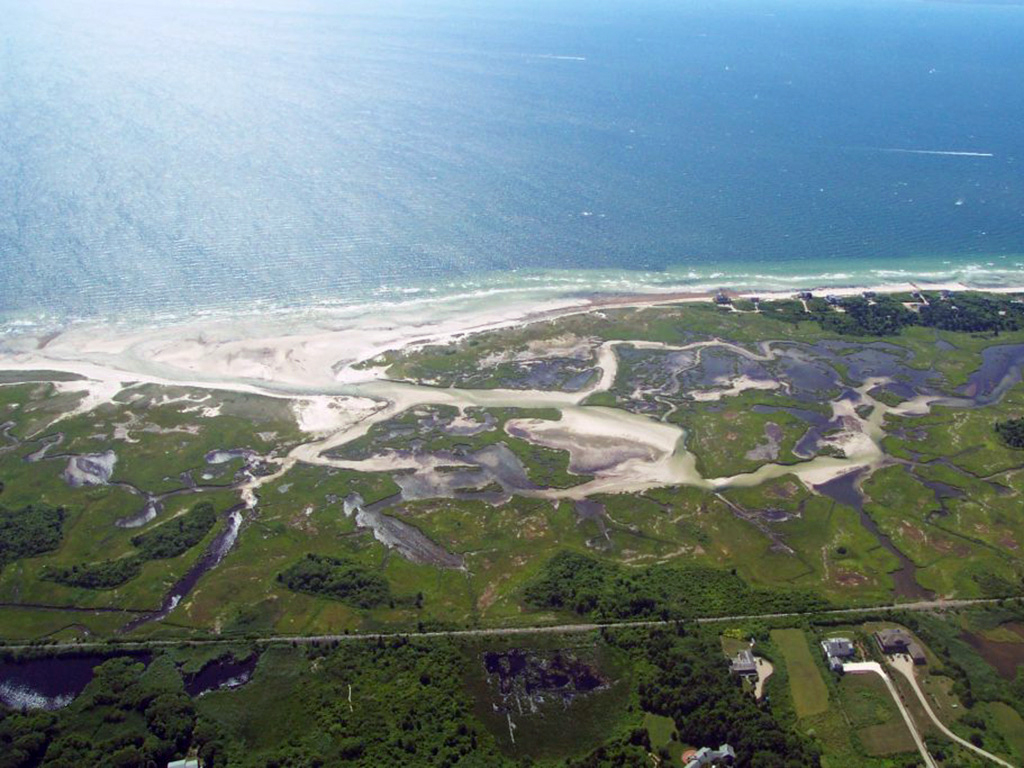 Deep in the waterlogged peat of salt marshes, carbon is stored at much greater rates than in land ecosystems, serving as an offset to climate change caused by carbon dioxide (CO2) build-up in the atmosphere.

But a new study led by scientists at the Marine Biological Laboratory (MBL), Woods Hole, and Northeastern University indicates that a common pollutant of coastal waters, nitrate, stimulates the release of CO2, possibly altering the capacity of salt marshes to hold carbon over time.

“Traditionally, we have viewed salt marshes as resilient to nitrogen pollution, because the microbes there remove much of the nitrogen as gas,” writes first author Ashley Bulseco, a postdoctoral scientist at the MBL. “This research suggests that when nitrate is abundant, a change occurs in the microbial community in salt marsh sediments that increases the microbes’ capacity to degrade organic matter. This potentially reduces the ability of the marsh to store carbon.”

“Given the extent of nitrogen loading along our coastlines, it is imperative that we better understand the resilience of salt marsh systems to nitrate, especially if we hope to rely on salt marshes and other blue carbon systems for long-term carbon storage,” the authors write.

The researchers are already working on the next phase of their research, analyzing the microbial community responsible for degrading carbon in a salt marsh ecosystem, especially when exposed to high concentrations of nitrate.

The research was funded by the National Science Foundation’s Biological Sciences and Geosciences directorates as part of the Long Term Ecological Research (LTER) program in the Plum Island Ecosystems.

The study was and published in Global Change Biology.