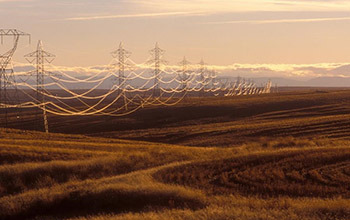 Modern power grids are rapidly developing because of the increasing availability of renewable energy sources such as solar photovoltaic and wind power. The trend is expected to continue.

Renewable energy generation technologies, however, are highly variable and not fully dispatchable, researchers say, resulting in new challenges to the operational paradigm of the existing power system.

One of the major challenges in today’s power grids is designing a dispatch policy that minimizes generation costs while ensuring that all generation and transmission constraints are met for renewable power and variable demand.

Investments in power grids are increasingly larger; they are also subject to regulatory and policy limitations.  But power outages due to the uncertainty introduced by renewable power still frequently occur. A strategy based solely on investments in technological improvements of transmission lines and controllable generation capacity is insufficient, researchers say. New dispatch philosophies need to be devised to cope with increasing uncertainty due to unpredictable fluctuations in renewable output.

Now, researchers at Pennsylvania State University and other institutions have proposed a novel dispatch strategy for modern power grids that not only reduces the generation cost and amount of greenhouse gas injected into the atmosphere, but also ensures that all constraints in a power network are satisfied, preventing overload and cascading outages. The results are published in IEEE Transactions on Control of Network Systems.

The research was funded by NSF’s Division of Computer and Network Systems.