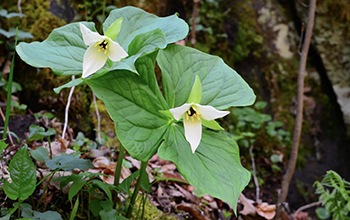 The first appearance of bright green leaves heralds the start of spring, nudging insects, birds and other animals into a whirlwind of action. But a new NSF-funded study shows that urbanization shifts this seasonal cue in nuanced ways, with cities in cold climates triggering earlier spring plant growth and cities in warm climates delaying it.

The study also found that the urban heat island effect, the phenomenon in which cities are warmer than their surroundings, is not the only culprit behind the shift, suggesting that other aspects of urbanization, such as pollution, changes in humidity and fertilizer runoff, may also influence plants’ seasonal patterns.

Changes in the timing of spring leaves and flowers could set off a cascade of effects, threatening species’ wellbeing, disrupting agriculture and potentially causing longer or more severe allergy seasons, said Robert Guralnick, the study’s senior author and curator of informatics at the Florida Museum of Natural History.

The results of the research reveal a complex story. Separately, warmer temperatures and higher population density each spurred earlier springs. A 3.6-degree Fahrenheit increase in temperature bumped up plants’ production of leaves and flowers by about five and six days, respectively. A fourfold increase in human population density advanced flowering and leaf production dates by about three days.

The team found that when these two factors worked together, local temperature had an outsized influence. The results are published in the journal Nature Ecology & Evolution.

“Understanding the complex impacts of urbanization on biotic systems requires computational approaches that can integrate multiple sources of data on human activity, ecology and biodiversity,” said Peter McCartney, a program director in NSF’s Division of Biological Infrastructure, which co-funded the research with NSF’s Directorate for Geosciences.