Microbes are at work in our bodies, and researchers have figured out what they’re up to 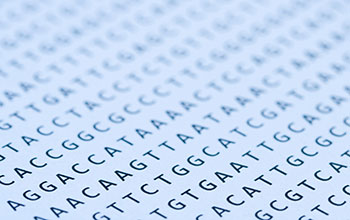 An algorithm akin to the annoyingly helpful one that attempts to auto-complete text messages and emails is now being harnessed for a better cause. NSF-funded researchers at Drexel University are using its pattern-recognition ability to identify microbial communities in the human body by sifting through volumes of genetic code. Their method could speed the development of medical treatments for microbiota-linked ailments such as Crohn’s disease.

In the last decade, scientists have made tremendous progress in understanding that groups of bacteria and viruses coexisting naturally throughout the human body play an important role in some vital functions such as digestion, metabolism and fighting off diseases. But understanding just how they do it remains a question.

The scientists are hoping to help answer that question through a clever combination of high-throughput genetic sequencing and natural-language-processing computer algorithms. Their results, which were published in the journal PLOS ONE, report a new method of analyzing the codes found in RNA that can delineate human microbial communities and reveal how they operate.

Much of the research on the human microbial environment — or microbiome — has focused on identifying all the different microbe species. And the nascent development of treatments for microbiota-linked maladies operates under the idea that imbalances or deviations in the microbiome are the source of health problems, such as indigestion or Crohn’s disease.

But to properly correct these imbalances, it’s important for scientists to have a broader understanding of microbial communities as they exist — both in the afflicted areas and throughout the entire body.

At Drexel’s Center for Biological Diversity from Big Data, researchers are applying algorithms and machine learning to help decipher massive amounts of genetic sequencing. The work has moved microbiology and genetics research from the wet lab to the data center — creating a computational approach to studying organism interactions and evolution called metagenomics.