How many parasites can a bird carry? 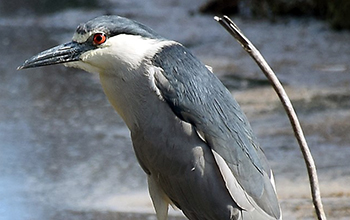 The answer reveals a first principle applicable to complex ecosystems

A breakthrough by ecologists at the Scripps Institution of Oceanography has implications for multiple fields of biology.

Nearly all living creatures carry parasites, and the principles the scientists describe could apply to any organism that hosts parasites, including humans.

Hechinger describes parasites as the “dark matter” of ecosystems: They are ubiquitous and a key component of energy flow through those systems, but their ecological function is often overlooked.

The study appears in the journal Proceedings of the Royal Society B.  The team describes how the amount of space inside or on a host, whether it’s an ostrich or a hummingbird, elephant or mouse, has less to do with the total parasite load it can carry at any given time and more to do with how much energy it can supply to those parasites.

Every single bird carried parasites – in this case, lice and mites — on the exterior of its body. The sizes of the parasites tended to be in keeping with the body sizes of the hosts, such that smaller birds had more tiny mites and larger birds had relatively more large lice.

“This is a macroecological pattern that no one has ever seen before,” said Hechinger.

While the total number of individual parasites might have varied from bird to bird, the maximum load of those parasites remained in proportion to the energy the bird supplied to them, regardless of species. Hechinger says the finding shows the promise of the theory to understand the role of parasites in complex ecosystems.