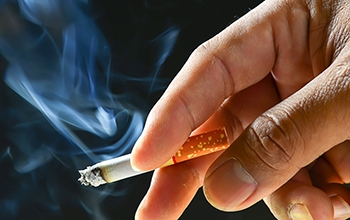 Sadness, more than other emotions, heightens craving to smoke and likelihood of relapse

What drives a person to smoke cigarettes—and keeps one out of six U.S. adults addicted to tobacco use, at a cost of 480,000 premature deaths each year despite decades of anti-smoking campaigns? What role do emotions play? Why do some ex-smokers relapse? If policymakers had those answers, how could they strengthen the fight against the global smoking epidemic?

NSF-supported research at Harvard University has produced fresh insights into these questions. The study, published in the Proceedings of the National Academy of Sciences, reports that sadness plays an especially strong role in triggering addictive behavior relative to other negative emotions.

“The conventional wisdom in the field was that any type of negative feeling … would make individuals more likely to use an addictive drug,” said lead researcher Charles A. Dorison. “Specifically, we find that sadness appears to be an especially potent trigger of addictive substance use.”

The researchers used national survey data analysis and laboratory tests to examine the link between smoking and sadness.

Survey data showed that self-reported sadness among participants was associated with being a smoker and with quitters relapsing into smoking. The sadder that individuals were, the more likely they were to be smokers.

Experiments also showed a causal link between sadness and cravings to smoke. In one experiment, smokers who watched a sad video and wrote about personal loss had higher cravings to smoke than individuals who watched other videos. In another, a sad video triggered impatience to smoke sooner after viewing. Another experiment showed that, after watching a sad video and writing about great loss, smokers made more impatient choices and smoked greater volumes per puff.

Senior co-author Dr. Jennifer Lerner said the research was motivated in part by the deadly realities of smoking: Tobacco use remains the leading cause of preventable death in the United States despite five decades of anti-smoking campaigns. The results could have useful public policy implications. For example, current anti-smoking campaigns could be redesigned to avoid images that trigger sadness and thus unintentionally increase cigarette cravings among smokers.

“NSF supports basic research that contributes to the scientific understanding of how emotions influence people’s choices and behaviors,” said Jeryl Mumpower, a director in the Decision, Risk and Management Sciences program in NSF’s Social, Behavioral, and Economic Sciences directorate.  “Results of such research can have important practical implications such as helping us design more effective interventions to address substance abuse problems.”