Sinking of Zealandia, Earth’s hidden continent, linked to forging of the Pacific ‘Ring of Fire’ 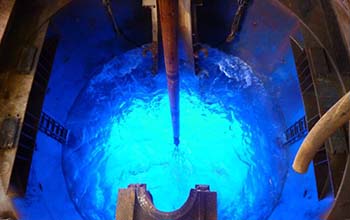 Zealandia had dramatic elevation changes between 50 and 35 million years ago, then ultimately sank

Recent seafloor drilling has revealed that the hidden continent Zealandia — an area twice the size of India submerged beneath the southwest Pacific Ocean — experienced dramatic elevation changes between about 50 and 35 million years ago. New findings from the drilling expedition show that the changes may have been linked with the formation of the Pacific’s Ring of Fire.

The prevailing scientific wisdom has been that Zealandia’s low profile was due to the thinning of its crust as it separated from Gondwana, the ancient supercontinent that included Antarctica and Australia, around 85 million years ago.

New findings from the expedition, funded largely by the U.S. National Science Foundation with contributions from more than 20 partner nations, were recently published in the Geological Society of America journal Geology.

According to the new results, Zealandia’s upheaval may have resulted from the re-energizing of an earlier site of widespread crustal rupture, with the Pacific Plate subsequently diving (subducting) westward beneath Zealandia. As the angle of the tectonic plate’s subduction deepened, the root of the Zealandia continent broke off and sank.

Fossils in drilling cores collected by International Ocean Discovery Program Expedition 371 scientists indicate that portions of northern Zealandia rose 1 to 2 kilometers while other sections subsided about the same amount, before the entire continent sank another kilometer beneath the waves.

The timing of these transformations, say the researchers, coincides with a global reorganization of tectonic plates shown in the bend in the Emperor-Hawaii seamount chain, the reorientation of numerous mid-ocean ridges, and the onset of subduction — and related volcanism and seismicity — in a belt that still encircles much of the western Pacific.

Although subduction drives Earth’s plate tectonic cycle, scientists don’t yet understand how it starts. The drilling expedition to Zealandia may offer new insights into this process, says Jamie Allan, a program director in NSF’s Division of Ocean Sciences. “This work further documents what interconnected and profound events occurred globally at that time.”