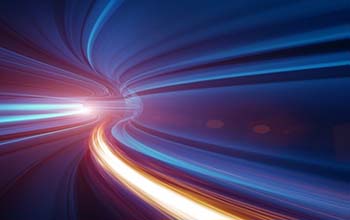 In a National Science Foundation-funded study with implications for the future of drug discovery, Scripps Research scientists showed they were able to turn simple chemicals into unique 3D structures resembling those in nature — structures with desirable properties for medicines.

In the process, they found a potential drug lead for inflammatory disease, which is now being investigated further. The research appears in Nature Chemistry.

“We were able to start with flat molecules and use a single chemical operation to create much more complex shapes, such as those you would expect from metabolites of medicinal plants or marine organisms,” says Ryan Shenvi, a Scripps Research chemist and senior author of the study. “We found a way to bridge the gap between the synthetic space and natural products, opening up a whole new realm to explore for potential drugs.”

The approach relies on a surprising chemical reaction the researchers stumbled upon in 2015.

One challenge was the speed of the reaction; it happened inexplicably fast, rendering the commonly used measurement tools useless. Shenvi likens the reaction to “warp drive” in “Star Trek,” which enabled interstellar travelers to reach new frontiers of space faster than ever before. The chemical warp drive allows the researchers to explore distant regions in chemical space.

The speed and mechanism for this remarkable reaction were explained by NSF-funded computational modeling by Ken Houk and colleagues at the University of California, Los Angeles.

The approach has turned up a potential new drug lead: a compound that inhibits the expression of a protein known to play a role in autoimmune diseases. Richard Johnson, a program officer in NSF’s Division of Chemistry, says that “NSF supports the discovery of fundamentally new ways to make molecules. This exciting research advances the frontiers of chemical synthesis, while having immediate real-world applications.”