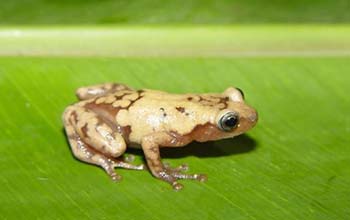 Researchers estimate the loss of plants and animals by 2070

Accurately predicting biodiversity loss from climate change requires a detailed understanding of what aspects cause extinctions, and what mechanisms may allow species to survive.

A new National Science Foundation-funded study by University of Arizona researchers presents detailed estimates of global extinction from climate change by 2070. By combining information on recent extinctions, rates of species movement and projections of future climate, the scientists estimate that one in three species of plants and animals may face extinction. Their results are based on data from hundreds of plant and animal species surveyed around the globe.

Published in the journal Proceedings of the National Academy of Sciences, the result is the first to estimate broad-scale extinction patterns from climate change by incorporating data from recent climate-related extinctions and rates of species movements.

To estimate the rates of future extinctions, Cristian Román-Palacios and John Wiens looked to the recent past. They examined local extinctions that have already happened, based on repeated surveys of plants and animals over time.

Román-Palacios and Wiens analyzed data from 538 species and 581 sites around the world. They focused on plant and animal species that were surveyed at least 10 years apart, and generated climate data from the time of the earliest survey at each site and the more recent survey.

The biologists found that 44% of the 538 species had already gone extinct at one or more sites.

The paper’s projections of species loss are similar for plants and animals, but extinctions are projected to be two to four times more common in the tropics than in temperate regions. “This is a big problem because the majority of plant and animal species occur in the tropics,” Román-Palacios said.

Added Christopher Schneider, a program director in NSF’s Division of Environmental Biology, “This analysis of climate’s contributions to range shifts and local extinction improves our ability to predict and manage the impacts of climate change on biodiversity. It also adds to a growing body of evidence suggesting that increases in temperature are important contributors to extinction, especially in the tropics.”