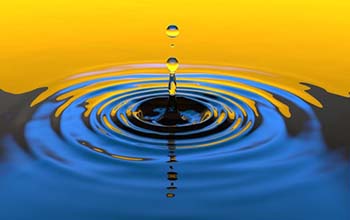 The rate at which humans consume fresh water is now approaching or surpassing the rate at which water sources are naturally replenished, creating shortages for people and ecosystems.

In the western U.S., water shortages are becoming more frequent and more severe, and are putting many species of fish inhabiting western rivers at risk. The scarcity of water is also affecting the growth of cities such as Los Angeles and Phoenix.

A new study published in Nature Sustainability finds that irrigated crop production accounts for 86% of all water consumed in the western U.S.  Of the water used on western farms, by far the largest portion goes to crops that feed cattle, such as alfalfa and grass hay.

To alleviate the severe shortage of water in the region, especially in the Colorado River basin, the study’s authors suggest that fallowing farmland — leaving the land uncultivated for a period of time — could be a simple and affordable means of dramatically reducing water use in the region.

“This project creates a comprehensive map of the U.S. food-energy-water system, allowing communities to explore a wide range of stresses, shocks, and performance and sustainability metrics,” said Amy Walton, a program director in NSF’s Office of Advanced Cyberinfrastructure.

The study set out to assess river flow depletion across the U.S., identify the factors driving this depletion, and evaluate options to reduce vulnerability to water shortages. The researchers estimate that two-thirds of the cattle pastures being irrigated via western U.S. rivers goes toward beef production, with the remainder going to dairy production.

“The groundbreaking maps produced by FEWSION made it possible to link river depletion through the supply chain to irrigated alfalfa and hay, and to beef and dairy production, then to urban consumers of beef and dairy in each city and county in the U.S.,” Ruddell said.