Birds of a feather not better together 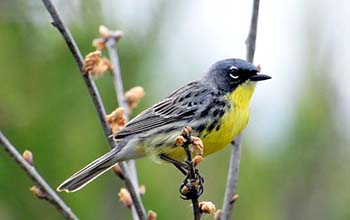 Diversity plays a key role in maintaining the stability of plant and animal life. But it’s difficult to scale up smaller experiments to understand how changes will impact larger ecosystems.

A new study of North American birds finds that the regional stability of ecosystems over time depends on both the total number of species present in a locality and the variation in species among localities.

The National Science Foundation-funded research has implications for maintaining biodiversity of local species in the face of major environmental threats. “Homogenization” may threaten ecosystems at larger geographic scales. The study is published in Proceedings of the Royal Society B.

Recent studies have tried to show how and why biodiversity is changing at regional to global scales. Scientists have sounded alarms about losses of insect, fish, bird and plant species, fearing that such losses may alter the functioning of ecosystems and upend their ability to provide critical goods and services that humans rely on.

“This study offers some of the first evidence to suggest that local biodiversity loss and biotic homogenization will impact the functioning and stability of ecosystems at macroscales,” said Jonathan Myers of Washington University in St. Louis.

The greater the number of species in an ecosystem, the more that ecosystem tends to be stable. The general reason why this happens is called the “insurance effect.”

It’s similar to the reason investors might want to have a diverse set of stocks in their portfolio. If one stock performs poorly, there’s a chance that it will be buffered by others that perform better than expected.

“Over time, these different stocks — or these different species, in the context of an ecosystem — can compensate for one another,” Catano said. “The fact that species may respond differently to the same environmental change is what gives that insurance effect.”

Added Christopher Balakrishnan, a program director in NSF’s Division of Environmental Biology, “Often when we think about conservation, we think about the loss of one species or a couple of species. This paper demonstrates that losses of species diversity can have far-reaching consequences for the health and resilience of the environment much more broadly.”