Where’d you get those genes? Individual growth can vary wildly when populations interbreed 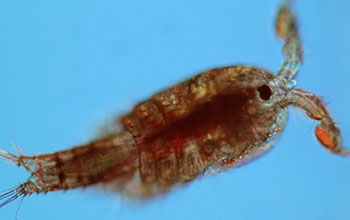 Scientists at Scripps Institution of Oceanography at the University of California San Diego have discovered why some hybrids between populations of the same species don’t develop as well as others. The answers lie in their genes.

“When individuals from different populations of the same species interbreed, there is often ‘hybrid vigor’ in the first generation, meaning that the offspring have improved function and fare well,” said Ron Burton, a marine biologist at Scripps. However, when this generation produces offspring, the second-generation hybrids show a range of fitness levels — in this study defined as growth rate — with many doing poorly.

The findings from this National Science Foundation-funded study have broad implications for conservation initiatives in which people introduce formerly separated populations, and as populations migrate due to climate change and other environmental stressors. Although each population may be intrinsically healthy, incompatibilities between DNA types between populations may result in reduced fitness when populations interbreed.

The results were published in Proceedings of the National Academy of Sciences. Burton and colleague Timothy Healy discovered the genetic explanation for the variations in levels of fitness. Using two populations of the intertidal copepod Tigriopus californicus, a microscopic aquatic crustacean, they found that the answer lies in the interaction of nuclear DNA and mitochondrial DNA.

Most DNA is housed in the nucleus of a cell, but mitochondria, where most energy in the cell is produced, also have a small amount of their own kind of DNA, called mtDNA. As in humans and other animals, copepods’ nuclear DNA is inherited from both the mother and father, but mtDNA is inherited only from the mother. The two types of DNA work together to determine the overall fitness of the individual. If the nuclear DNA doesn’t pair well with the mtDNA, mitochondrial function can be impaired, and growth rate is jeopardized, the case in some hybrids.

“Climate and land-use change along with human movement are redistributing species around the world,” says Sam Scheiner, a program director in NSF’s Division of Environmental Biology. “This study points to the potential harms that situation may create.”