Zoom media briefing: The Event Horizon Telescope, a year after capturing the image of a black hole 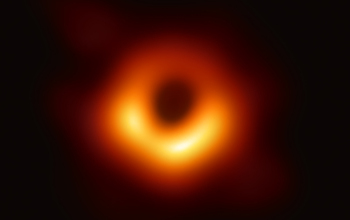 Media are invited to join an April 10 Zoom media briefing with Sheperd S. Doeleman, founding director of the Event Horizon Telescope (EHT), and astrophysicist Michael Johnson to discuss the one-year anniversary of EHT releasing its revolutionary image of a black hole.

Doeleman and Johnson will be available to talk about what EHT accomplished and what its hundreds of researchers have been working on over the past year. They will also discuss the project’s path forward, including its goal of capturing video of a black hole and the NSF-funded Next Generation Event Horizon Telescope Design initiative, which is working on the engineering and placement of dishes to make EHT even more powerful.

RSVP required for login information. Media unable to attend can still submit questions or obtain a recording of the briefing.

What: Virtual reporter briefing on the anniversary of the Event Horizon Telescope releasing its first image of a black hole.