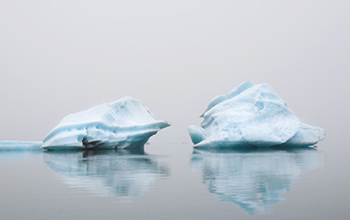 Water may look like a simple liquid. It’s anything but

The unique properties of water are understandable only if scientists observe the interaction of its molecules.

Scientist Martina Havenith of Ruhr-Universität Bochum in Germany and her U.S. colleagues have made new discoveries about the properties of water at the molecular level.

The researchers described interactions among three water molecules. The results could lead to a better understanding and prediction of water behavior in different conditions. The findings are published in the journal Angewandte Chemie.

At first glance, water looks like a simple liquid. But it has many unusual properties, one of which is that it’s less dense when frozen than when a liquid. Havenith and her National Science Foundation-funded colleagues at the University of Mississippi looked at these and other features of water molecules.

The team described for the first time the “interaction energy” in water molecules. They tested modern theoretical descriptions against the spectroscopic fingerprints of molecular interactions.

The scientists used lasers at Radboud University in The Netherlands to fill the technical gap in understanding water. The lasers were applied through tiny droplets of superfluid helium, which is cooled to extremely low temperatures. In this way the scientists were able to irradiate certain molecules.

The droplets can collect water molecules one by one, allowing scientists to isolate them. Observations of intermolecular vibrations were interpreted using high-level quantum calculations. Some of the key quantum mechanical models were developed by Gregory Tschumper and other researchers at the University of Mississippi.

“This is a great example of how our understanding of nature is advanced when experts in experiment and theory work closely together,” says Colby Foss, a program director in NSF’s Division of Chemistry.