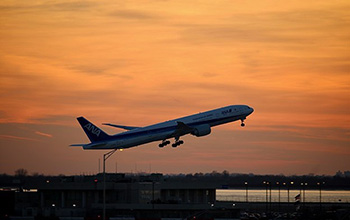 Imagine you’ve just arrived in Paris. Your body thinks it should be midnight — a restorative time when your cells typically proofread DNA, organize and store energy, and perform other essential chores — but, instead, the sun is up and you’re awake. On a molecular level, your cells are stressed, trying to catch up to new environmental conditions.

Shiftwork and experimental models of frequent flying across time zones have been correlated with cancer risk, but not much is known about how these circadian disruptions impact the body’s ability to curb cancer growth on a molecular scale.

The research, led by corresponding authors Carla Finkielstein of Virginia Tech and Diego Golombek of the National University of Quilmes in Argentina, adds to rapidly growing inquiries about the effect of circadian disruption on health and well-being.

“A key takeaway from this study is that if someone has a proliferative disorder, in this case melanoma, doing shift work or regularly changing time zones could exacerbate the problem by dampening immune system response to tumor growth,” said Finkielstein. “This research also helps explain why some tumors win the race when a person is exposed to the chronically stressful conditions that occur when the environment and the body’s clocks are misaligned.”

Every cell in your body has its own set of molecular clocks, a series of genes, proteins and signaling chemicals that set the pace for cell growth, division and decay. In cancer cells, these clocks are often altered, which allows the tumor to set its own pace for rapid, unchecked proliferation.

“Previous research has shown that disrupting circadian rhythms lowers immune system function,” said Matthew Buechner, a program director in NSF’s Division of Molecular and Cellular Biosciences. “This study is a great example of building and testing a hypothesis from basic scientific knowledge of ‘clock gene’ expression to cell behavior to gaining an unexpected understanding of an illness.”