Statement on the Nobel Prize for Economics 2020 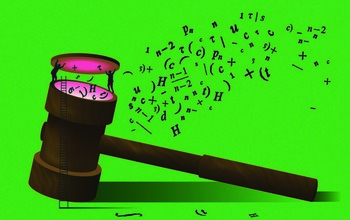 The Nobel Assembly has awarded the 2020 Sveriges Riksbank Prize in Economic Sciences in Memory of Alfred Nobel to Paul Milgrom and Robert Wilson, both of Stanford University, “for improvements to auction theory and inventions of new auction formats.” The U.S. National Science Foundation has supported these researchers for decades, as they explored game theory and used their findings to develop new kinds of auctions.

Cooperation and competition are fundamental aspects of economics, and they govern the complex auctions societies use to allocate everything from minerals and energy to landing slots at airports. Understanding how bidders process information is crucial for designing these auctions, especially when the seller’s primary goal is to benefit society.

NSF has supported Paul Milgrom and Robert Wilson throughout their efforts to explore these aspects of decision-making and invent new auction formats for multiple, simultaneous transactions. In the U.S., we have seen the immediate benefit from their work in the form of auctions the Federal Communications Commission uses to allocate wireless spectrum licenses. These have brought in more than $60 billion for taxpayers supporting innovations enabling wireless communication of audio, video and data to our phone and other devices. We congratulate Milgrom and Wilson for this latest recognition of their work.