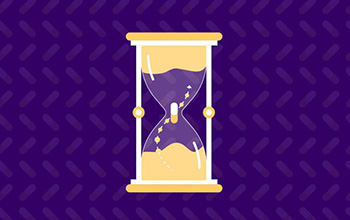 For many people, getting older can unfortunately mean an increased risk of illnesses, from cardiovascular disease to cancer. University of Michigan scientists are actively researching the biological underpinnings of aging with the aim of developing interventions that could help people live longer, healthier lives.

A paper in the journal Science Advances describes the discovery of several promising small molecules that appear to reduce cellular stress in mice and could lengthen life.

“Cellular stress resistance appears to be a common feature of long-lived organisms, such as invertebrates and mice,” says the paper’s lead author, David Lombard.

By using cells to examine how a cell responds to stress, the researchers hope to develop a proxy system with which to look at aging.

The U.S. National Science Foundation-funded study, which uses high-throughput screening, a technique that allows for the examination of hundreds of compounds at once, gets around some of the limitations posed by mouse studies.

For the study, which was carried out using NSF-supported cyberinfrastructure, mouse skin cells were exposed to three types of environmental stress: a toxic herbicide called paraquat, the heavy metal cadmium, and methyl methansulfonate, which damages DNA.

After treatment with more than 4,500 compounds, the team identified hundreds of small molecules that conferred a degree of protection against one or more of the stressors. The team then focused on eight compounds for a closer examination of how they worked at the molecular level.

Two candidates, AEG 3482 and cardamonin (found in spices such as cardamom), appeared to activate the Nrf2/SKN-1 pathway, which previous research has shown to help cells resist stress.