Statement on the Nobel Prize in Chemistry 2020 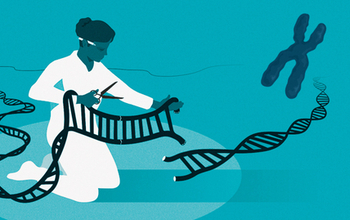 The Nobel Assembly has awarded the 2020 Nobel Prize in Chemistry to Jennifer A. Doudna of the University of California, Berkeley, and Emmanuelle Charpentier, of the Max Planck Unit for the Science of Pathogens, in Berlin, “for the development of a method for genome editing.” The U.S. National Science Foundation has long supported Doudna, beginning with its Alan T. Waterman award in 2000, as well as other researchers in her CRISPR lab. Doudna, an advocate for fundamental research, has noted how CRISPR started as a basic science, curiosity-driven project.

CRISPR-Cas9 is opening new and exciting worlds of possibility in fields as wide-ranging as bioengineering, medicine, agriculture — even manufacturing. Researchers are still working to understand the full potential of this important discovery and tool. The teams behind this groundbreaking discovery have uncovered and developed fundamental science that will result in applications over several decades. NSF has long supported the research of Jennifer Doudna and her CRISPR lab with grants including our prestigious Alan T. Waterman award. We congratulate Nobel Laureates Jennifer Doudna and Emmanuelle Charpentier on this amazing achievement.