Statement on the Nobel Prize in Physics 2020 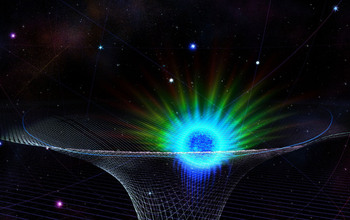 The Nobel Assembly has awarded the 2020 Nobel Prize in Physics to Roger Penrose “for the discovery that black hole formation is a robust prediction of the general theory of relativity” and jointly to Reinhard Genzel and Andrea Ghez “for the discovery of a supermassive compact object at the centre of our galaxy.” The U.S. National Science Foundation supported Penrose for theoretical work while he was at Rice University and Gentzel for infrared astronomy at the University of California-Berkeley. NSF’s recent support for Ghez, at the University of California-Berkeley, has included the development of instrumentation for the W.M. Keck Observatory and work from her team tracking of a star’s orbit around the supermassive black hole at the center of the Milky Way galaxy.

Few phenomena in the universe have captivated the imaginations of both the public and the scientific community like black holes, and thanks to these researchers, all of whom have received NSF support, we have to rely on our imaginations a little less. They used mathematics and innovative astrophysics techniques to explore the nature of these incredible objects and reveal the supermassive black hole at the center of our own galaxy. Their work is a testament to the importance of basic science, and NSF is proud to have provided sustained funding for Andrea Ghez, Reinhard Genzel and Roger Penrose as they built new instrumentation, conducted extensive observations, and developed and expanded theories of black hole formation.

There is still so much more we need to learn about black holes. Just last year, Ghez’s team completed an NSF-supported, 24-year survey of the Milky Way’s supermassive black hole, the most comprehensive test of Einstein’s theory of relativity so far. Our continued progress in learning more about the nature and behavior of black holes rests largely on the work of these three researchers.