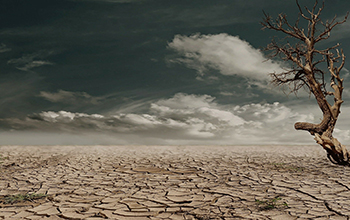 Evidence found in caves in Laos helps tell a story about a connection between the end of the Green Sahara, when heavily vegetated Northern Africa became a hyper-arid landscape, and a previously unknown megadrought that crippled Southeast Asia 4,000 to 5,000 years ago.

In U.S. National Science Foundation-funded research published in Nature Communications, scientists at William Paterson University of New Jersey, the University of California, Irvine, the University of Pennsylvania, and other institutions explain how this major climate transformation led to a shift in human settlement patterns in Southeast Asia, which is now inhabited by more than 600 million people.

“In this study, we provide the first proof of a strong link between the end of the Green Sahara and the Southeast Asian monsoon failure,” said co-author Kathleen Johnson of UC Irvine. “Our high-resolution and well-dated record suggests a strong connection between Northern Africa and mainland Southeast Asia during this time.”

To create a paleoclimate record for the study, the researchers gathered stalagmite samples from caves in Northern Laos. They measured the geochemical properties of the oxygen and carbon isotopes, carbon-14, and trace metals found in the specimens. This helped the scientists verify the drought and extrapolate its impacts on the region.

Scientists have studied the effects of the demise of the Green Sahara, also known as the African humid period, on population centers closer to Western Asia and North Africa, noting the collapse of the Akkadian Empire of Mesopotamia, the de-urbanization of the Indus Civilization (near present-day Pakistan and India) and the spread of nomadic herding along the Nile River.

But the link to the origin of the Southeast Asia megadrought and lifestyle pattern shifts in the region had not been previously investigated, according to lead author Michael Griffiths of William Paterson University of New Jersey.

“Results from this work provide a novel and convincing explanation for the origin of the Southeast Asia megadrought, and could help us better understand societal shifts across many parts of the tropics and extra-tropics,” he said.