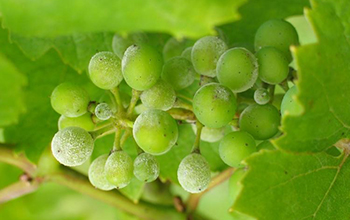 A new U.S. National Science Foundation-funded study, published in Nature Geoscience, identifies fertilizer and pesticide applications to croplands as the largest sources of sulfur in the environment — up to 10 times higher than the peak sulfur load seen in the second half of the 20th century, during the days of acid rain.

As a result, researchers at the University of Colorado Boulder recommend greatly expanded monitoring of sulfur and examination of possible negative impacts of this increase, which include rising levels of mercury in wetlands, soil degradation and a higher risk of asthma for populations in agricultural areas.

“Sulfur in agriculture is used in many different forms, and we haven’t studied broadly how those different forms react in the soil,” said Eve-Lyn Hinckley, lead author of the study. “No one has looked comprehensively at the environmental and human health consequences of these additions.”

Sulfur is a naturally occurring element and an important plant nutrient, helping with the uptake of nitrogen. It’s mined from underground through fossil fuel extraction and is used for the creation of fertilizers and pesticides.

But sulfur is also highly reactive, meaning it will quickly undergo chemical transformations once its stable form surfaces — affecting the health of ecosystems, and reacting to form heavy metals that pose a danger to wildlife and people.

Historically, coal-fired power plants were the largest source of reactive sulfur to the biosphere — leading to acid rain in the 1960s and 1970s and the degradation of forest and aquatic ecosystems across the northeastern U.S. and Europe.

“This is a very different problem than in the acid rain days,” said Hinckley. “We’ve gone from widespread atmospheric deposition over remote forests to targeted additions of reactive sulfur to regional croplands. These amounts are much higher than what we saw at the peak of acid rain.”

Added Philip Bennett, a program director in NSF’s Division of Earth Sciences, “This study illustrates the intertwined nature of natural and human-driven biogeochemical cycles, and reveals new implications of sulfur in our environment, including effects on nutrient availability and runoff, food production and toxic metals.”