Why it’s important to save parasites 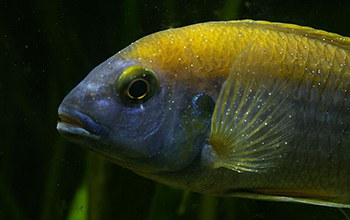 Unlike the many charismatic mammals, fish and birds that receive our attention, parasites are thought of as something to eradicate — not something to protect.

But only 4% of known parasites can infect humans, and the majority serve critical ecological roles, such as preventing wildlife over-population. Still, only about 10% of parasites have been identified and, as a result, they are mostly left out of conservation research.

U.S. National Science Foundation-funded scientists want to change that. About a dozen leading parasite ecologists, including the University of Washington’s Chelsea Wood, published a paper in the journal Biological Conservation that lays out an ambitious global conservation plan for parasites.

“Parasites are an incredibly diverse group of species, but as a society, we do not recognize this biological diversity as valuable,” said Wood. “The point of this paper is to emphasize that we are losing parasites and the functions they serve without even recognizing it.”

The authors propose goals for the next decade that could advance parasite conservation.

“Even though we know little to nothing about most parasite species, we can still take action now to conserve parasite biodiversity,” said North Carolina State University’s Skylar Hopkins, paper and project co-lead.

Perhaps the most ambitious goal is to describe half the world’s parasites within the next 10 years. Providing taxonomic descriptions allows species to be named, an important part of the conservation process, the researchers said.

“If species don’t have a name, we can’t save them,” said Georgetown University’s Colin Carlson, also a project co-lead. “We’ve accepted that for decades about most animals and plants, but scientists have only discovered a fraction of a percentage of all the parasites on the planet. Those are the last frontiers: the deep sea, deep space — and the world that’s living inside every species on Earth.”