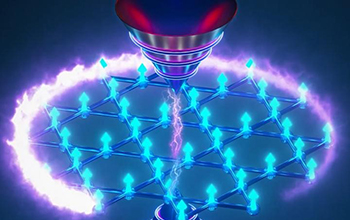 An international team led by researchers at Princeton University has uncovered a new class of magnet that exhibits novel quantum effects at room temperature. Quantum magnets are promising platforms for such developments as green technologies.

“Quantum” is the Latin word for “amount” and refers to the smallest possible discrete unit of any physical property.

The National Science Foundation-funded researchers discovered a quantized topological phase in a pristine magnet. Their findings offer insights into a 30-year-old theory of how electrons spontaneously quantize and demonstrate a proof-of-principle method to discover new topological magnets.

The results were published in the journal Nature.

Topology is a branch of theoretical mathematics. It has changed how we describe and classify matter.
“The discovery of a magnetic topological material with quantized behavior is a major step forward that could unlock new horizons in harnessing quantum topology for future fundamental physics and next-generation device research,” said M. Zahid Hasan, a Princeton physicist who led the research team.
The researchers have been on a decade-long search for a topological magnetic quantum state that would operate at room temperature.

It had remained elusive, however. Most of the magnets were too difficult to synthesize, the magnetism was not well understood, no decisive signatures of the quantization could be observed, or they operated only at very low temperatures.

“This is like discovering water on an exoplanet — it opens a new frontier of quantum matter research,” Hasan said.