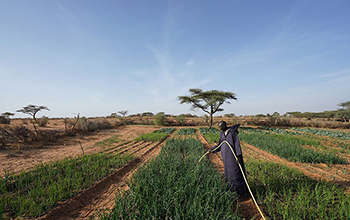 Environmental pollutants can increase exposure and susceptibility to infectious diseases

Widespread use of pesticides and other agrochemicals can speed the transmission of the debilitating disease schistosomiasis while also upsetting ecological balances in aquatic environments that prevent infections, finds a new study led by researchers at the University of California, Berkeley.

Schistosomiasis, also known as snail fever, is caused by parasitic worms that develop and multiply inside freshwater snails. It is transmitted through contact with contaminated water. The infection, which can trigger lifelong liver and kidney damage, affects hundreds of millions of people every year and, in terms of its global impact on human health, is second only to malaria among parasitic diseases.

The U.S. National Science Foundation-funded study, published in Lancet Planetary Health, found that agrochemicals can increase the transmission of the schistosome worm in myriad ways: by directly affecting the survival of the waterborne parasite itself; by decimating aquatic predators that feed on the snails that carry the parasite; and by altering the composition of algae in the water, which provides a major food source for snails.

The researchers found that even low concentrations of common pesticides can increase rates of schistosomiasis transmission and interfere with efforts to control it.

“Environmental pollutants can increase our exposure and susceptibility to infectious diseases,” said Justin Remais of the UC Berkeley School of Public Health and senior author of the study. “From dioxins decreasing resistance to influenza virus, to air pollutants increasing COVID-19 mortality, to arsenic impacting lower respiratory tract and enteric infections — research has shown that reducing pollution is an important way to protect populations from infectious diseases.”